MY BEAUTIFUL BOY IS SO SAD 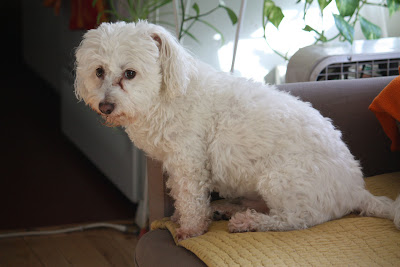 My sweet Baby boy Budda had a traumatizing day yesterday, he had dental surgery and the vet removed 11 teeth! He lost all his front teeth except for his canines and one set of incisors so his tongue will always be out. Budda was crying so much all night and he's still in pain and he's so sad, my heart is breaking watching him like this, I wish I would have never had it done. The vet recommended to get his teeth cleaned with the possibility of removing some teeth because infected teeth can cause dogs serious health problems particularly their hearts, that's the only reason I agreed. I don't care about the money spent I will always earn that back but I will never earn my dog's trust back nor will he ever regain his teeth.
Posted by Jannese (crafty_love) at 8:40 AM No comments: 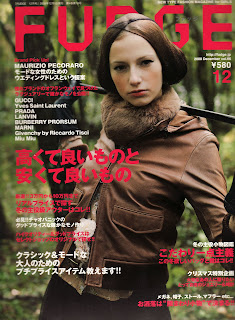 Okay more stuff that I'm selling to raise funds for my birthday trip to Iceland. On sale are some back issues of Japanese magazines Cutie, Kera, Fudge, and Gothic Lolita Bible. I'm selling all the mags way cheaper than I bought them for because I really need to sell. The magazines are all in really good condition, I will send them in a large envelope regular mail, shipping is $3.00 in the U.S.,these magazines are all really chunky so they are heavy. Just email at jannese1970@gmail.com with which one you want and I take paypal as payment(paypal address same as my email). 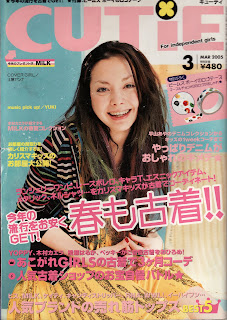 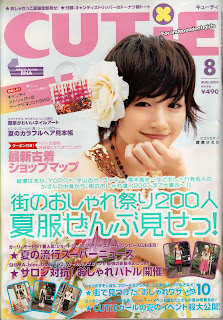 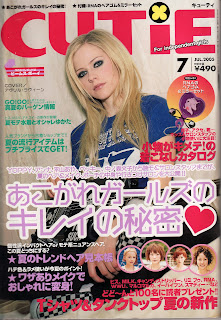 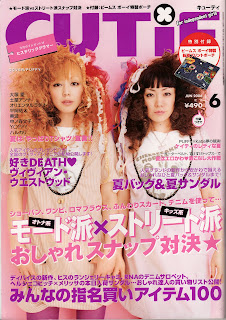 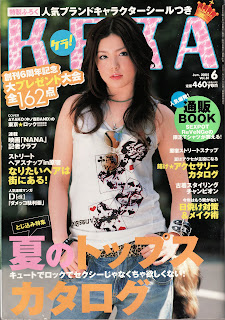 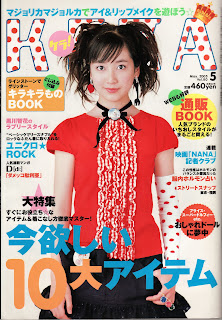 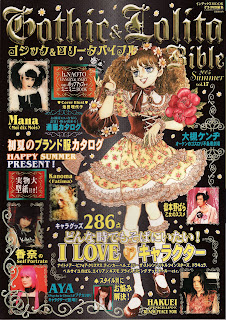 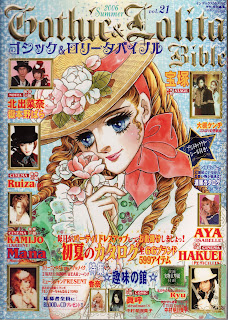 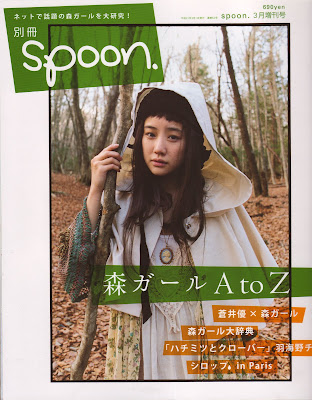 So I bit the big bullet and ordered the Mori Girls issue of Spoon from Amazon Japan, it was pricey too pricey, but there were only a couple left and I didn't want to miss out. It's chock full of photographic goodness. This issue has models Yu Aoi and Merii (Jungle) (Merii is one of my absolutely favorite Japanese models), both modeling Mori girl styles, plus there's a whole section on Emily Temple Cute and Jane Marple two outstanding designer labels plus Syrup (I wish they were here in the States). They have the A to Z's in becoming a Mori Girl, I will list those for you here: A is A-line, as in clothing that doesn't cling to the body. B is for books for the well read girl, who loves books about art, tragedy and child like stories. C is for Check, as in gingham or plaids, D is for dot, that one is obvious. E is for Ethnic, that's to incorporate some ethic styles into your mori-girl outfits. F is for Film, like Amelié and Virgin Suicides,and for some reason G for Girl is lumped in with that one apparently meaning girly sappy films. H is for Hairstyle, only a perfect bob with bangs or curly long tresses with fringe are the two acceptable hairstyles for Mori-girls. I is for Illustration, for a lovely collection of children's illustration like my favorites, Marini & Monteany, J is for Jam and your shit of luck if you dislike Jam every Mori girl must eat JAM! K is for Kago bag, these are bag's resembling a basket like little red riding hood's. L is for life and from what I can determine they me living creatures that a mori-girl should enjoy the cute cuddly furry creatures, especially those residing in the woods, and she must have some charms, key chain or other element incorporating such creatures in the design. M is for Mellow time (I laughed so hard at this that I almost cried) this means you should own candles! O is for one piece for everyone leaving in the west this means a dress. P is for Perfume easy enough. Q id for Q & A, I have no idea what this could possibly mean. R is for romantic, a mori girl should immerse herself in romantic things. S is for Scandinavia, all mori girls should love Scandinavian stuff, no problem there what's not to like. T is for Toe, they mean a rounded toe shoe on this one. V is for vintage also self-explanatory. W is for Walk with Camera, a mori girl should always have her Holga to take pictures of the deer and bunnies hopping about. Y is for Yummy, a Mori girl must only wear sweet treats in the from of charms never eat them. Z id for Zakka, all mori-girls must be crafty girls. Ta-Da! Some of these rules are kinda weird some of them apply to a lot of the female population already. Anyway not making fun of the Mori-girls because I love this style, just was tickled by the crazy engrish in the magazine. More pics on my flickr 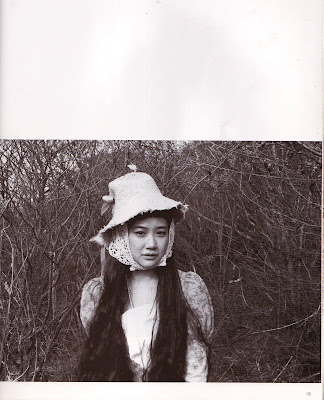 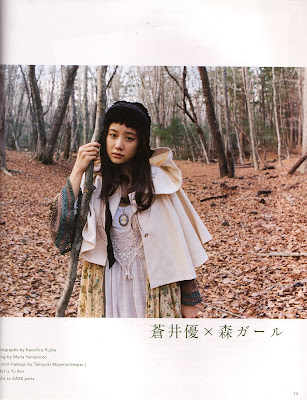 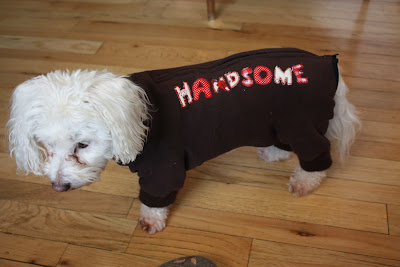 I had to replace Budda's little coat's zipper, because of course the company who made it used a dress zipper instead of a durable sport zipper. While I was fixing the zipper I thought this plain little coat needed a little jazzing up, so I appliqued "Handsome" one of Budda's nicknames on the middle back with scraps of japanese kawaii fabrics. It makes him look extra handsome! 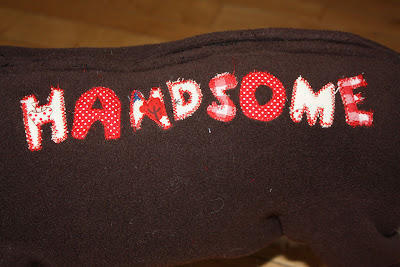 Posted by Jannese (crafty_love) at 4:54 PM No comments: 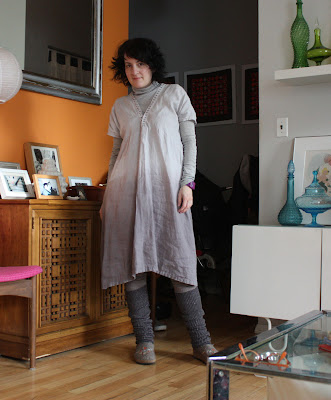 I realized I never even posted a pic of the finished Nani Iro dress I was making this summer. I finished end of August, after completing all the sewing I dip dyed it and added sashiko embroidery to the placket.
Part I of Nani Iro dress
Lost in Translation: Interpreting Japanese Patterns
Posted by Jannese (crafty_love) at 11:28 AM 2 comments: